Suspicion of Prostate Cancer?
This Information Could Save Your Life. 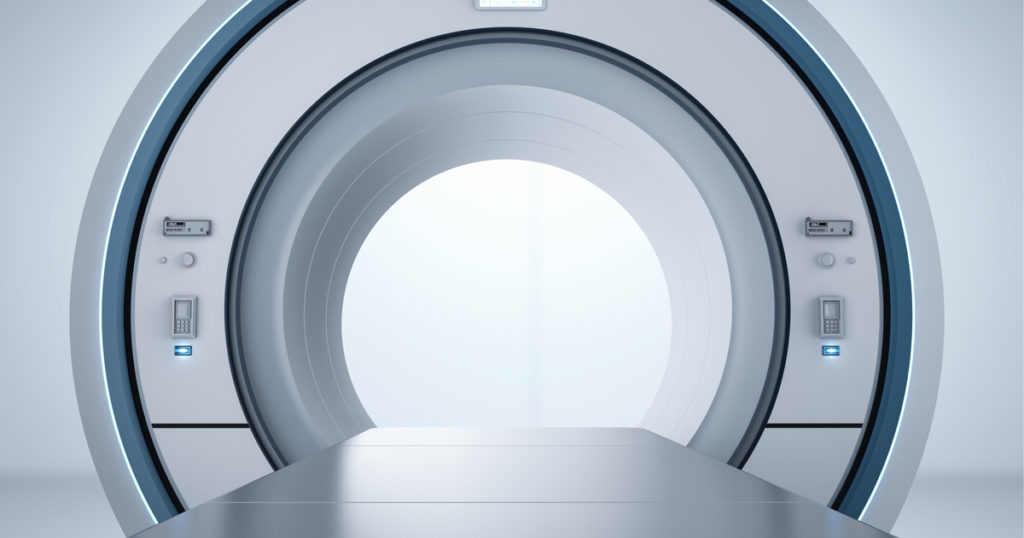 An MRI-guided targeted biopsy is significantly better than fusion-guided biopsy, says a new study published in March 2021.[i]

A free consultation with Dr. Sperling will help find out if a biopsy is necessary. If it is, our MRI-guided system is the safest, most accurate method available.

Why does this matter?

A revolution is occurring in prostate cancer diagnosis. The standard of care has been a 12-14 needle biopsy guided by transrectal ultrasound (TRUS). It is hit-or-miss because it can’t distinguish cancerous tissue. It’s called systematic because it relies on mentally dividing the gland into a system of 6 sections on each side, taking at least 1 sample from each section, totaling at least 12 tissue snips.

3. It can have side effects. It’s inaccurate and risky. The danger not only lies in possible infection, but even more in underestimating a higher risk cancer that can lead to recurrence after surgery or radiation.

The new, revolutionary diagnostic pathway is to target just a few needles into the core of the most suspicious area. This greatly bumps up the likelihood of capturing the oldest, most aggressive cancer cells that lurk where the tumor first began, plus it lowers the risk of infection and other side effects.

How do you identify the core before biopsy?

Prior to biopsy, an mpMRI scan excels at identifying significant prostate cancer. An experienced radiologic reader assigns it a PI-RADS score from 1 to 5, where category 5 indicates the greatest probability of cancer. Thus, a category of 4 or 5 strongly suggests the presence of significant prostate cancer. These are the key cells to target and capture.

When analyzed in a lab, they are given a Grade Group (GG) from 1 to 5, where GG ≥ 2 indicates significant prostate cancer is present. 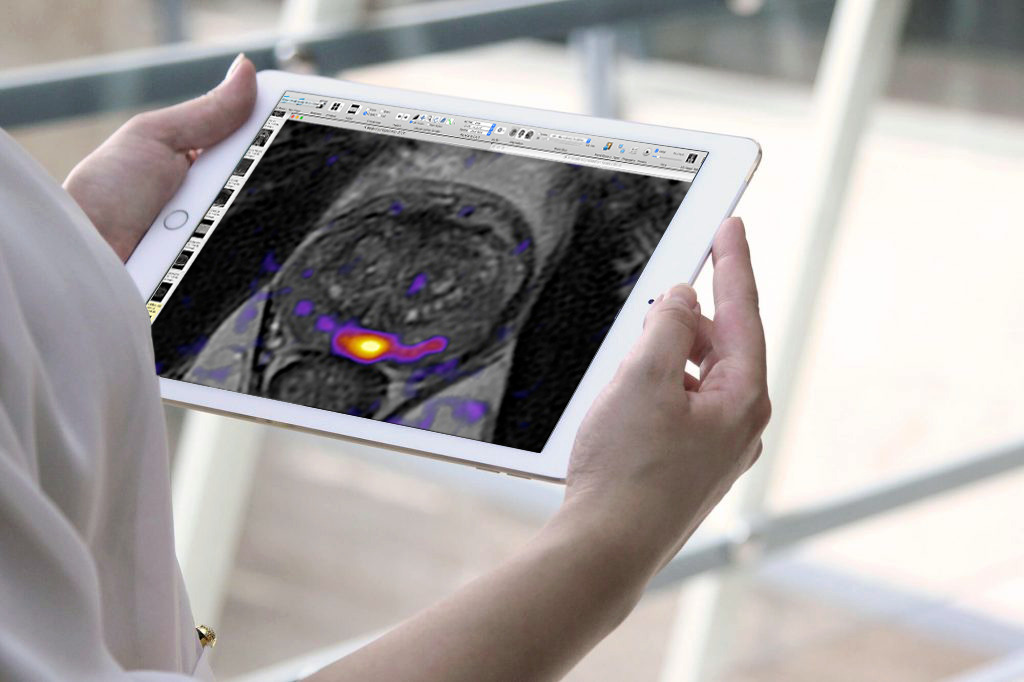 In-bore means the radiologist is actually seeing the tumor’s size, shape and location for targeting it in real-time while the patient is in the magnet, thanks to the 3D, high-resolution capability of MRI.

It also means precise control and confirmation in directing a minimum number of needles (usually 2-4) into the core of the suspicious area. This biopsy method has the least margin of error.

A free consultation with Dr. Sperling will help find out if a biopsy is necessary. If it is, our MRI-guided system is the safest, most accurate method available.

As the current diagnostic revolution is trending toward targeted biopsies, urologists invest in fusion because they sincerely want what’s in their patients’ best interests. They know that TRUS is inferior to MRI. From their viewpoint, fusion incorporates the superiority of MRI into their ultrasound.

However, the Prince study flatly states that fusion “potentially risks misregistration error due to prostate deformation…that is not accounted for by the image fusion process.” Thus, the doctor may think the needle locations are precise but he actually may be just a little off in targeting the real-time tumor. Even “just a little” can mean the difference between capturing GG2 and GG3 cells, an error that may leave aggressive prostate cancer under-treated, risking recurrence.

Many urology practices claim to offer “MRI-guided targeted biopsies” when referring to fusion. It’s misleading. Also, to compensate for the margin of targeting error, fusion biopsies routinely include a 12-needle systematic biopsy in addition to 2-4 targeted needles as indicated by the software!

Results of the study

MRI targeting performed in the bore (tunnel) of the magnet eclipses fusion, which is a poor substitute for the spot-on accuracy of real-time MRI. The Prince study notes:

The relative precision of these two techniques becomes especially important if a target-only approach becomes the new diagnostic standard, as suggested by both the PROMIS and PRECISION trials. These trials concluded that an MRI-targeted biopsy strategy, without standard systematic biopsies, would result in more accurate prostate cancer diagnosis.

The authors therefore compared the target-specific cancer detection rate of in-bore MRI versus fusion based on a study sample of 286 men whose mpMRI PI-RADS categories were 4 or 5.

The revolution is on! 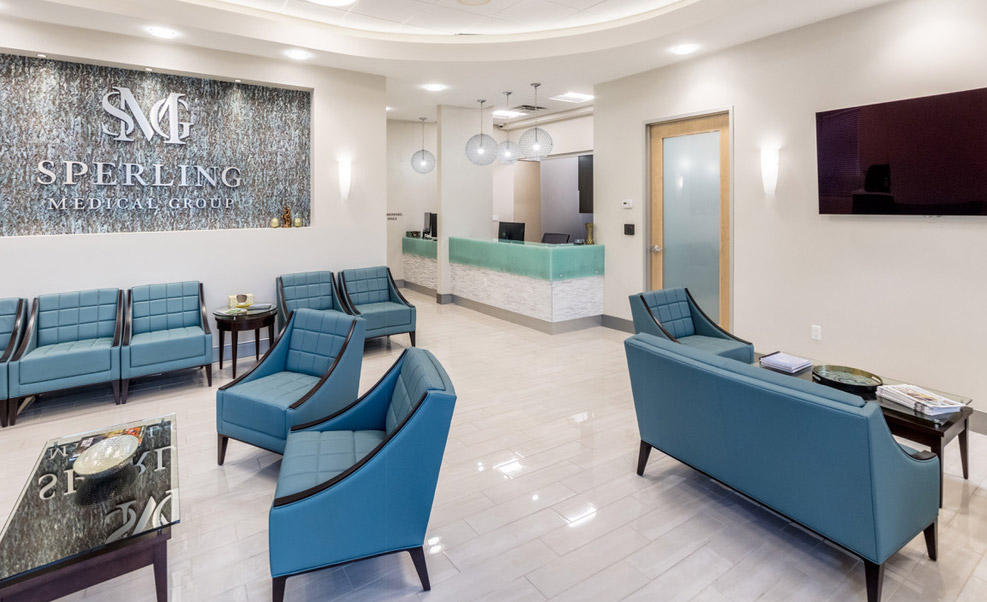 The diagnostic world is rapidly moving toward targeted biopsy. The Sperling Prostate Center has been a leader in this transformation.

Not only has Dr. Sperling been in the vanguard of this revolution, for nearly a decade he has embraced radiologic Artificial Intelligence, applying it to enhance the targeting capabilities of his state-of-the-art magnet and software.

Capturing the right microscopic cells can make all the difference in the treatment choice that offers men the quality of life they want with the lifespan they deserve.

Take the Next Step Today

Request your free consultation with Dr. Sperling and we’ll work together to create the best diagnostic plan for you.

Prostate Cancer Overview Prostate Cancer Questions to Ask Your Doctor mpMRI vs. TRUS Biopsy: What to Know About Your Options What’s Better Than Broccoli Against Prostate Cancer? Sulforaphane!
From Our Blog
WordPress Image Lightbox