For the last two decades, transrectal ultrasound (TRUS) guided biopsy has been used to diagnose prostate malignancy based on what’s been referred to as a “blind” procedure.

It’s blind because specific prostate tumors, especially very small ones, cannot always be distinguished by ultrasound due to its poor resolution of soft tissue. In addition, TRUS biopsies based on a systematic approach tend to target the peripheral aspects of the gland and are likely to miss 30-40% of prostate cancer located in the anterior, midline transition zone, or apex1. Today, however, many tumors are being identified at a very early stage, often as extremely small lesions that are hard to spot on ultrasound and hard to sample using a TRUS biopsy alone.

Commonly, these small, early stage tumors are at a level of risk that might not necessarily threaten a patient’s life. On the other hand, some prostate cancer cell lines are very dangerous. Thus, the question arises about which treatment is the best for each individual case.

What patients want is clear, reliable information that will help them and their doctors make an accurate diagnosis. Likewise, if prostate treatment is determined to be the best course of action, the choice of that treatment will depend on many factors, especially the nature of the prostate cancer identified during a patient’s biopsy.

Today’s next generation, advanced MRI technology combined with the proprietary protocol of the Sperling Prostate Center uses high-resolution 3D images that can distinguish between normal and diseased tissue to help precisely pinpoint potential cancerous cells within the prostate. The result is better ability to identify and characterize prostate malignancy1, especially important in today’s changing landscape of smaller, lower risk tumors.

An MRI-Guided Biopsy is highly targeted to select tissue revealed by the MRI imaging. That means physicians and patients have the confidence that any tissue samples come from locations identified as having the most likely chance of containing cancer. The result is a targeted approach vs. the “blind” approach of a TRUS biopsy.

In addition, our Radiologists at the Sperling Prostate Center typically need only 2 or 3 biopsy samples rather than the 12-14 needles commonly used for a standard transrectal ultrasound (TRUS) biopsy (or the possible 60 needles used for some transperineal saturation biopsies). 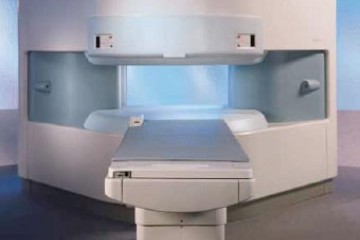 Who Should Consider a Prostate MRI-Guided Biopsy

Biopsy Risks
A prostate biopsy has a slight risk of causing problems such as:

Note: A prostate gland biopsy does not typically cause any long term problems with erections and will not make a man infertile.